How Do You Make Friends As An Adult? 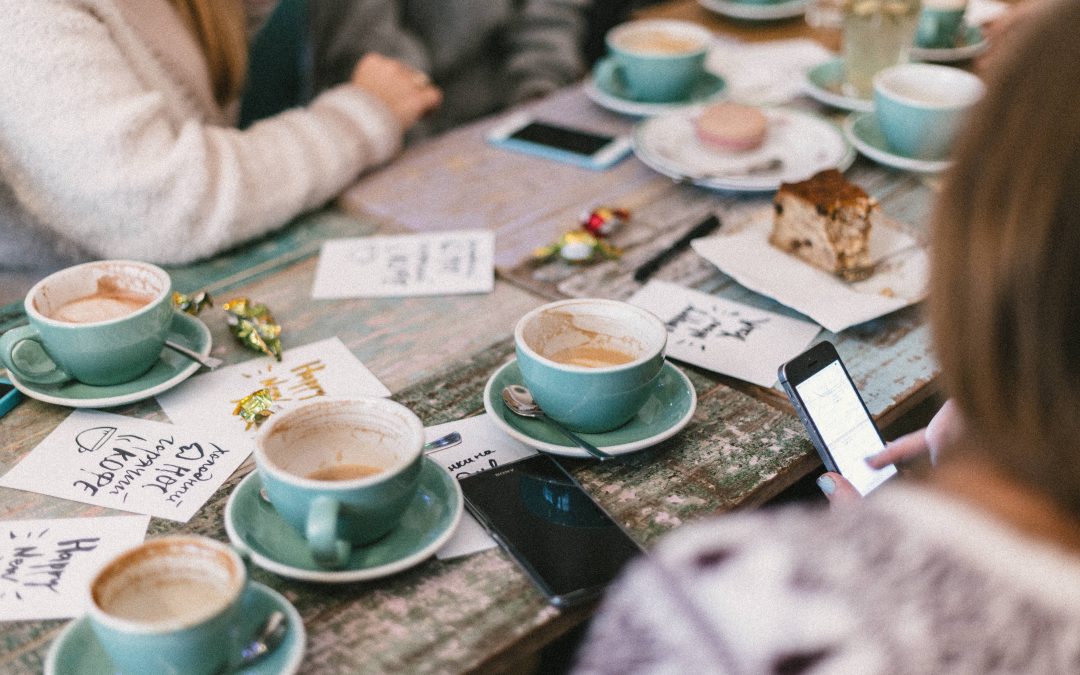 Looking back at your childhood with rose-tinted glasses can trick you into thinking it was easy to make friends as a kid. You shared a biscuit, a puzzle and maybe some germs, and you had a friend for life.

But the playground is a harsh environment. Can’t you just hear the refrains, in a five-year-old’s voice? “You’re not my friend any more,” or “You’re not invited to my birthday party.” Then think of the alliances built on gossip in high school, the savagery of a teenager’s rejection, the brittleness of adolescent identity. Human interaction was just as difficult before our frontal lobe was fully developed.

Dancing, alcohol and brain chemistry help us make friends as young adults with relative ease, if we’re lucky. This much is proven by evolutionary psychology: the Oxford professor Robin Dunbar, an authority on friendship, says that the performative synchronicity of dance and inebriation bonds us, and that’s why our most intense friendships are made in our 20s. Then people start getting married, pop out kids, move overseas and focus on their careers.

Dunbar’s research suggests we lose an average of two friendships when we get into a romantic relationship. The same is surely true of other life decisions, like moving across the globe or getting promoted. Whatever happens, we tend to shed friends and then, feeling that sting of fear as loneliness beckons, find ourselves wanting to make new friends as adults, with very little confidence in how to do it.

Since writing my book, The Friendship Cure, I’ve heard from countless people asking that urgent question: “How do you make friends as an adult?” Now, 365 days and 83,339 words of research into the topic later, here is my best advice on how to do it.

We let friendship opportunities pass us by every day because we are too awkward, too complacent or too shy to grasp them. Have the courage to change that. Instead of forcing a little small talk with your kindly neighbour, ask them in for a cuppa and get to know them. Instead of leaving a party without contact details for your friend’s boyfriend’s sister, add her on Facebook and ask her for coffee some time. Instead of routinely greeting the same person in the lift on the way to the office, suggest an after-work drink to debrief on the week. Learn to recognise potential companionship leads and follow them. You’ll be surprised by how many potential friends there already are in your orbit.

We worry too much that asking someone for coffee or dinner sounds too much like we’re asking them for a date. We’re frightened they have too many friends already or they simply do not like us. If we are to have any hope of making friends, we have to put those fears aside and risk a little vulnerability in order to make a connection. If you like someone you meet, and you’d like to see them again, ask to swap numbers, add them on social media, and have the sweet audacity to follow through with an invitation to socialise.

Start by doing an activity together

If you’re too nervous to get straight into heartfelt chats over wine, or it’s just not your style, then suggest an activity you can do together. This will give you something to focus on when conversation stalls, something to talk about, and something to anchor your time together. Maybe it’s a movie, a play or a comedy night (the prospect of sitting next to a new friend in the dark is less scary, isn’t it?) Maybe it’s a walk in the park or a rock climb or a football game. Maybe it’s the Natural History Museum or the National Portrait Gallery because you’ve always wanted to get in some culture with some company. Choose something that gives hints about who you are.

Loneliness is built out of shallow connection, so try to have a genuinely good chat with a new acquaintance to move them into friendship territory. Shortcuts to intimacy include revealing something personal about yourself, finding a common nemesis to discuss and asking insightful questions. Think about what you’d actually like to know about this person and venture beyond what they do for a living, where they to school and how many kids they have. Do a little inventory of your own life and decide what experiences you’re comfortable sharing in order to put someone at ease and feel closer to you.

When in doubt, use technology

We live in an age of constant connectivity, so use that to your advantage. Start some banter on Twitter with someone and then, if and when it seems appropriate, direct message them for a coffee. Scroll through someone’s Instagram for a glimpse into the person they want to show the world. Use our omnipresence online to get a head start on getting to know someone – it’s especially useful if you’re an introvert. There are also a lot of friendship-making apps popping up now that allow you to meet someone with the express purpose of befriending them – Bumble BFF, Huggle on friendship mode, Hey! Vina, and Peanut for mums. Use tech to make connection then take it offline.

After you’ve seen a new friend for the first time, send them a text to say you had a lovely time, a link to that article you thought they’d like or a picture of a dog. Doesn’t matter what it is really, you just need to keep some form of communication going so the connection doesn’t vanish into the chasm between first and second friendship dates. Within a couple of weeks, suggest another meeting. And then another. And another.

Then, before you realise it, you’ve gone and made yourself a new friend as an adult.