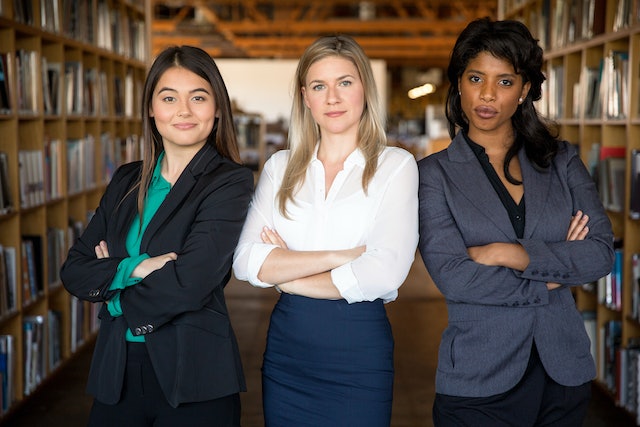 Most working women are probably already acutely aware that, many times, their male colleagues make more money than they do, get better and more challenging projects and assignments, and get promoted more quickly. Part of the reason why has to do with gender stereotypes, which can color even the best performance record. Because of these gender stereotypes, there are things that get men promoted at work but that hold women back, which is, frankly, infuriating.

When women do the same things that their male coworkers get praised for doing, all too often, they find that they’re hit with resistance, blow-back, consequences for doing the exact same things that are valued so long as the person doing them is a man. Women are told to speak up more, self-promote more, take more credit, and so much more in order to show the higher-ups that they’re qualified for and deserving of a promotion, raise, or new challenge, until they actually do those things, at which point they’re instructed to be nicer, listen more, and do less. It can be confusing and frustrating for women who feel as though they’re getting mixed messages. They’re told that this is what they need to do to move up, but then find that they’re still left behind, while the men who do these same things are rewarded instead.

Being assertive is often seen as a valuable quality or skill in the business world, in particular, but not so much if you’re a woman. Sonya Rhodes, Ph.D., a psychotherapist and author of The Alpha Woman Meets Her Match, told Business Insider that while people want women to be nice at work, if you’re too nice, it’s difficult to persuade people to take you seriously. Assertive women are hostile or aggressive, while assertive men are strong leaders.

2 Offering Up Lots of Ideas

According to an op-ed that Sheryl Sandberg and Adam Grant wrote for The New York Times, when Grant studied a health care company, he learned that when men offer up lots of ideas for ways to make business better, they do better in performance evaluations and are seen as more helpful and more of a team player by their bosses. When women do the same thing, however, they’re not seen as any more helpful than if they didn’t vocalize their idea and don’t receive the same perceived performance boost as their male counterparts. Because of that, women with great ideas can sometimes miss out on opportunities, while men with great ideas advance much more quickly.

3 Asking for What They Want

Part of the reason that men get promotions is because they ask for them. And while asking for a promotion may or may not directly “hold you back” as a woman, according to a piece for HuffPost by leadership author Susan Steinbrecher, one of the reasons that women aren’t being promoted is because they’re not asking for promotions. If you feel as though you couldn’t or shouldn’t ask for a promotion, you’re definitely not alone, but many of your male coworkers aren’t feeling that way and that is one of the reasons that they might be getting some of the opportunities you’d love to have yourself.

Mentorship can be influential in moving you up the ladder, so to speak, in your company, but only if it’s done a certain way. According to the Harvard Business Review, there’s a subset of typical mentoring, called sponsoring, which men receive more than women. Sponsoring is what’s happening when your mentor tells their bosses and colleagues that you deserve more opportunities and greater challenges. All too often, according to the Harvard Business Review,women are “over[-]mentored and under[-]sponsored relative to their male peers.” Because women’s mentors aren’t using their pull with senior leadership to tell them that the woman they’re mentoring deserves the promotion or big project and then men’s mentors are, the women are getting overlooked.

Because women tend to be perfectionists, that can hold them back from getting a big promotion that they may deserve. According to the previously-mentioned article from HuffPost, researchers from HP found that women often will only apply for opportunities when they meet all the criteria, while men are more likely to apply even if they didn’t have all of the qualifications specified. Because men are willing to take a risk and put themselves up for a new opportunity while women aren’t always, that can skew who gets a promotion and who doesn’t.

When women share their opinions in work-related settings, it can sometimes be perceived as judgmental, bossy, and the like, while when men share their opinions, it’s not as likely to be seen as a negative. According to Fortune, men are less likely to receive criticisms related to their personality than women are. Personality traits then can boost or hinder your chances at a promotion, so if women are being told they’re too judgmental or difficult to work with, it could cost them a promotion they deserve.

7 Getting Upset or Angry

While you probably don’t want to completely lose it in front of your coworkers, when women do get upset or angry, it’s seen as a major issue, while when men do it’s a positive. Caryl Rivers, coauthor of The New Soft War on Women, told Business Insider in the previously-mentioned article that women who get angry are often dismissed as overly emotional, while men exhibiting emotion is considered a show of strength. Being “emotional” is an oft-cited excuse for why a woman didn’t get a job that, by merit, she likely should have gotten.

As it turns out, the business world looks very kindly on fathers. According to The Economist, in her book, Overwhelmed, Brigid Schulte discussed how fathers are considered more committed to work — and just as capable as men who don’t have children — while pregnant women are seen as incompetent and mothers get dinged for having family commitments. So, while having kids might give your partner a work-related boost, it could negatively affect your own career trajectory.

9 Talking Up Their Accomplishments

In an article for Forbes, leadership expert, workplace consultant, and author Selena Rezvani wrote about how, after speaking about how she went about successfully negotiating a raise at a women’s conference, she received feedback that she shouldn’t “self-promote” so much. According to Rezvani, women don’t self-promote nearly enough, which can hold them back. On the other hand, studies have found that self-promoting is a good way to get ahead and can be vital when it comes to career advancement. Because women are hesitant to talk up their accomplishments, they’re missing out, while men who regularly celebrate the new client they brought in, deal they finalized, or presentation they aced are moving ahead.