Parenting in the Dangerous World 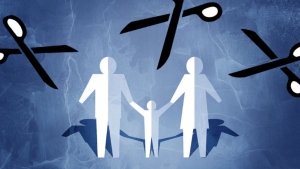 Overprotective parenting has become a lifestyle for many families, as parents hover over their children in fear that they might get hurt. But kids also need to experience the world firsthand in order to learn and grow. How do you find the balance between freedom and protection when it comes to your kids?

You constantly hear about kidnappers, child molesters, school shootings, bullies, and more, regardless of their actual frequency. But protecting your kids too much can be as detrimental as not protecting them enough. It might seem safer for your kids to spend all their time in supervised, structured activities, constantly observed by qualified, caring adults. But researchers are discovering that kids need more than supervised exercise: they need freedom. They need to organize their own activities and not just follow adult direction. They need to solve their own problems, negotiate the social world of other kids, and regulate their own actions without adult interference. Because our job as parents isn’t just to protect our kids. It’s also to prepare them for life.

We can’t wait until they’re adults to start practicing; they need to start now to learn the skills they’ll need to thrive and succeed. Here’s how we can stop being overprotective parents and give our kids the freedom they need to grow.

Don’t Worry Too Much About Unlikely Dangers

In a survey on BabyCenter, a popular parenting site, parents shared their biggest fears for their kids. At the top of the list was the fear that kids wouldn’t live up to their potential—a worry so nebulous it’s almost impossible to measure. But second on the list was something much more concrete and dramatic: parents fear that a stranger will attack or kidnap their child.

I understand this fear; I was raised on it. Growing up in the age of missing kids on milk cartons, I was drilled daily on the danger of strangers. My mother used to read me headlines from the newspaper about child murders and abductions. By the time I was 10, I was convinced that every adult I didn’t know was a murderer waiting to attack me. I was afraid to walk into a store because I thought the cashier was a kidnapper. I was afraid to go for a walk in my safe, suburban neighborhood at twilight, because I thought anyone else out walking must be a serial killer. I was even nervous around adults I knew, like the dad of the family I babysat for, because I thought no adult could really be trusted.

But by the time I became a mother, I knew I wanted to raise my children with a different mindset. I didn’t want them to grow up always looking over their shoulders in fear. I wanted them to know that most people are trustworthy, and that adults who are plotting to kidnap and murder don’t live on every corner.

So, I made a deliberate choice. Instead of teaching my daughter about stranger danger, I taught her about appropriate ways for adults to interact with kids—and how to recognize when someone’s behavior is unusual or inappropriate.

I taught her how to recognize adults who are trustworthy. Is she prepared to resist a potential kidnapper? I can’t be sure. And lucky for me, the chances are high that I’ll never be sure—because the likelihood that she’ll ever face that danger is incredibly low.

In fact, she’s more likely to be injured in a car accident while I’m driving her to school than she is to get kidnapped while she’s walking to school alone.

The possibility of her getting attacked by a stranger is only slightly more likely than the possibility that she’ll get struck by lightning—and it’s actually less likely to happen today than it was when I was a kid.

So much for the widespread belief that the world is more dangerous today for kids.

Most of the fears that lead us to restrict our kids’ freedom are equally improbable. Of course, anything is possible, but we shouldn’t structure our lives around something that’s about as likely as a lightning strike. It’s not worth the worry.

Teach Your Kids How to Handle Risks

Knowing how unlikely your fears are to be realized might mitigate some of your worry. There are plenty of scary things that are likely to happen to your kids, from playground accidents to bullies. These things can’t be prevented—no matter how much you hover near your child on the monkey bars, at some point they are going to take a fall. How can you stop worrying about things like that?

You can teach them skills to handle likely scenarios, and you can teach them what to do in dangerous situations. Then, as your kids grow, you won’t have to worry about trusting that bad things won’t happen. Instead, you’ll trust your kid’s ability to handle those things if they do happen.

Is your child too young for you to start moving away from constant worry and over-protectiveness? If you ask me, the answer is no—no matter how old your child is. You might think teaching your child to handle dangerous situations is something you should put off until he or she’s in high school or college, but consider this: if you wait until they really need more freedom, then when will they have a chance to practice exercising freedom in a safe environment?

No matter how old your child is, the time to start teaching him to handle more freedom is right now.

Go with your own comfort level: if you’re really worried about your baby electrocuting herself in outlets, then get the covers for your own peace of mind. But don’t feel like you have to pad every corner and block every stair. Teach your baby not to touch the stove and to be careful on the stairs. The sooner he can learn to explore safely, the less you’ll need to worry.

When I take my toddler to the playground, I often see moms helping their kids climb on structures that the kids wouldn’t be able to ascend on their own. To me, this seems more dangerous than letting my toddler climb without help. If he can’t get up on his own, how is he going to learn to get down safely?

So, I set a rule early on: if my kids can’t get up something without help, they don’t belong there. This enables them to explore their own limits and abilities —which helps them stay safe when I’m not standing right there to catch them.

Let Your Preschooler Play Unsupervised in the Yard

My daughter was three when I started sending her out in the yard alone to play. I have a fenced yard, and I wouldn’t have trusted her to stay out of the road at that age otherwise, but the independence and pride she felt at being outside on her own was wonderful.

There’s an amazing sense of freedom and power that kids get when they can get their own needs met without adult help, even if it’s something as simple as walking to the corner store to buy some juice. Practice by walking together and having your child direct you so you know she knows how to get there, and when she feels ready, let her try the trip on her own.

Understand the Danger of Avoiding Risk

Everything has a cost. You might think that keeping your child closely supervised and contained is the safest choice. But there’s a price to taking away your child’s freedom to explore, to solve problems, even to be bored.

If the benefits of independence don’t inspire you, it might help you to direct some of your worry toward the consequences of too much protection. Consider this:

Yes, the world is dangerous. But rusty nails will probably not kill your kids. And no matter how scary the world feels, the dangers of overprotecting your kids are just as widespread and real, and in the long run they’re probably more harmful to your kids.

Giving your child more freedom is scary—but the more you do it, the more you’ll discover how it frees you from worry. Ask yourself:

Risk is part of life. This week, let your child do something they’ve been wanting to do that you’ve been afraid was too risky. You might be amazed to discover how ready they are to handle it!